In vivo models are employed in biomedical research to mimic human illness and create novel medications. However, they do not replicate the disease as it manifests in humans, and their application has not led to the discovery of innovative treatments that are efficient for a number of extremely common non-communicable diseases, including Alzheimer's disease. In fact, there is still a relatively high clinical failure rate in drug development, with an overall approval probability from Phase I of only 9.6%. On the other hand, human-based models, cutting-edge imaging methods, and human epidemiological research may enhance the development of secure and efficient treatments by improving our comprehension of illness aetiology and pathogenesis.
Animal models' usage in research to promote science and health has long been a contentious issue. Despite their contributions to several scientific advances, there are growing ethical and scientific issues regarding such research due to the development of new, cutting-edge methods that do not employ animals. According to the most recent data report on animal usage in EU Member States [1], basic and applied research accounts for the majority of animals used in science in the European Union (EU) and maybe elsewhere. However, these models sometimes produce conclusions that cannot be applied to the in vivo experience of a human. In light of this, the European Union Reference Laboratory for Alternatives to Animal Testing (EURL ECVAM) of the European Commission's Joint Research Centre conducted a number of studies on existing and new non-animal models in seven fields: respiratory tract diseases, neurodegenerative disorders, breast cancer, immune-oncology, autoimmunity, cardiovascular diseases, and immunogenicity of advanced pharmaceutical products. The regions were chosen after taking into account disease frequency and prevalence as well as the quantity of animal procedures carried out. This is mostly because preclinical animal testing on animals did not detect unanticipated toxicity or lack of efficacy in humans. Therefore, the development of animal-free, human-relevant techniques in various fields of the biological sciences is being driven by scientific concerns regarding the predictive value of animal models.
Each study was given a unique approach to generate a collection of pertinent non-animal models [2,3]. The approach used a predetermined set of search terms and was based on mutually accepted inclusion and exclusion criteria. Grey literature was also taken into consideration, including news, events, societies, etc.
Neurodegenerative diseases are chronic, incurable disorders that cause the progressive death or degeneration of nerve cells. They include Parkinson's disease (PD), Huntington's disease, motor neuron disease, Creutzfeldt-Jakob disease, multiple sclerosis, and Alzheimer's disease and other dementias. Of them, dementias have the highest disease burden [4], with Alzheimer's disease (AD) accounting for more than 60–70% of cases. Although AD does not presently have a cure [5,6], there are some symptomatic therapies available. Unfortunately, none of the animal models of Alzheimer's disease that are now available have construct or predictive validity, despite the fact that animal disease models are thought to be crucial in the development of new treatments. In the end, only human subjects can be used to test the hypothesis, and only the right equipment, including pharmacologically active intervention and clinical trials, may be used. 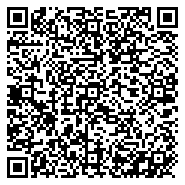