ANTAGONISM AND SYNERGISM OF DRUGS

The goal to create synergistic inhibitory or bactericidal effect is one of the motives for using antimicrobials in combination. Several approaches for detecting synergistic interactions have been used, however nearly all are either time-consuming or non-standardized. Bactericidal synergism has been linked to increased intracellular absorption of aminoglycosides when cell wall-active drugs are combined with aminoglycosides. The use of beta-lactamase inhibitors in combination with beta-lactams that are vulnerable to enzymatic hydrolysis has resulted in synergistic efficacy against a variety of infections. Trimethoprim-sulfamethoxazole is an example of how a combination of medications acting at proximate points along a single metabolic pathway might be beneficial. Combinations of antimicrobials active at different stages of peptidoglycan production, by analogy, could produce synergistic interactions. However, there is a possibility of undesirable antagonistic interactions when specific pharmacological combinations are used. The effects of drug combinations might be either synergistic or antagonistic [1].

Despite active experimental and computational efforts, rational creation of synergistic medication combinations remains a difficulty. Because medications function by interacting with their targets, the effects of drug combinations should be based on how those targets interact in a network. Many people believe that drug combinations are a viable way to treat complicated diseases like cancer, inflammation, and type 2 diabetes. Drugs, on the other hand, interact in a variety of unanticipated ways when administered in combination, resulting in a variety of distinct consequences. Drug synergy and antagonism have gotten a lot of attention among these interactions. The purpose of combinational drug development is to achieve drug synergy, which is the enhancement of medication efficacy through the use of multiple drugs [2].

Drug combinations with synergistic effects have been found to be extremely effective and therapeutically more selective. Drug antagonism, on the other hand, is frequently unwelcome, but it may be valuable in weeding out drug-resistant mutants. Despite ongoing study, the mechanism of pharmacological synergy or antagonism remains mostly unknown. Combinatorial high throughput screening was used in the lab to look for synergistic drug combinations in a variety of systems. Due to the low hit probability of pharmacological synergy (usually less than 10%), several computer methods to predict and quantify drug synergy have been undertaken. Many molecules interact in a network-like fashion to carry out biological processes. Despite the fact that their investigations showed a link between network topologies involving drug targets and patterns of drug interaction, drug synergy/antagonism was assumed to be highly dependent on parameters [3].

For almost a century, the concept of synergistic interactions between medications and substances has been a hot topic in biomedicine. Understanding the interactions among these drugs is becoming increasingly important for assuring successful treatment regimens as complicated diseases, particularly cancer, are treated with numerous therapeutic combinations. The concept of synergy, on the other hand, is not limited to the biomedical field; it has evolved across a wide range of fields. In the field of cancer treatment, there are numerous examples of clinical synergy, which is frequently generated between recognized chemotherapy medicines and agents from different classes. Herceptin has been demonstrated to interact synergistically with both doxorubicin and paclitaxel, albeit the risk of cardiotoxicity is enhanced when used together. Another example of this has been seen between the anticancer medications edatrexate and cisplatin, as well as methotrexate and cisplatin, resulting in the ability to employ lower doses of each treatment in combination while retaining the same cell death levels as when these drugs were used individually. In non-lymphoma, Hodgkin's the addition of rituximab, a complement-fixing monoclonal antibody, plus cyclophosphamide, hydroxydaunomycin, Oncovin, and prednisone (CHOP) therapy improves overall response without increasing toxicity [4].

The baseline effect for synergy detection methods is usually regarded to be an additive effect. When synergy is absent, it is the effect that is theoretically expected from the combination of many medications. The idea of simply combining two or more effects, despite its seeming simplicity, does not correctly reflect what happens in reality. To demonstrate this, consider two distinct medications A and B, both of which exhibit 60% cell death at a saturating dose, for example. Is it possible to simply combine these effects to achieve a combined effect of 120 percent cell death? No, that is not realistic [5]. 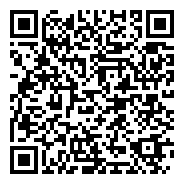