In order to investigate the spatial distribution of numerous distinct surfaces, imaging mass spectrometry (IMS) is used. Direct study of biomolecules from histopathological tissue surfaces is possible thanks to the use of matrix-assisted laser desorption and ionisation (MALDI). Due to the vast application potential it provides for biomedical studies, MALDI IMS is a discipline that is quickly growing. This article offers a basic insight into the different imaging mass spectrometric approaches and the state-of-the-art instrumental possibilities and developments. Sample preparation and matrix deposition plays a determining role in the relevance of the imaging mass spectrometric results.

Examining the location of biological molecules is possible with mass spectrometry imaging (MSI). In the context of the biospecimen's 3D architecture, this information is frequently of great value and may even make it possible to analyse low-abundance compounds that are hidden in bulk studies. The spatial distribution of biomolecules in tissues, biofilms, chemical arrays, and other biological media have all been studied using this methodology. Desorption electrospray ionisation, laser ablation electrospray ionisation, matrix-assisted laser desorption/ionization (MALDI), secondary-ion mass spectrometry, laser ablation-inductively coupled plasma, nanowire-assisted laser desorption ionisation, and nanostructure initiator mass spectrometry are just a few of the experimental MSI platforms that have been developed and are available commercially [1-3]. 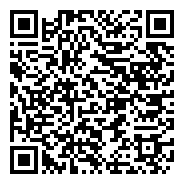