APPLICATIONS IN PHARMACOTHERAPY AND THE CHEMISTRY OF CHALCONE DERIVATIVES

The extant literature has thoroughly researched chalcones, which have proven to have antibacterial, antifungal, anti-inflammatory, and anticancer effects. Further investigation can be done into the molecular mechanisms underlying the pharmacological effects of chalcone and its derivatives, as well as a thorough assessment of the alleged health advantages. This review therefore sought to outline the key features of chalcone and its derivatives, as well as their molecular modes of action and pharmacotherapeutic uses. The reactive,-unsaturated system was found in the rings of the chalcone, and it demonstrated a variety of potential pharmacological capabilities, such as enzyme inhibitory action and activity against cancer, inflammation, bacteria, fungi, malaria, protozoa, and filaria.

Organo-fluorine chemistry is a distinct area of organic chemistry because fluorine incorporation in organic compounds results in peculiar behaviours. As a result, many applications in pharmaceuticals, electronics, agrochemicals, and catalysis have been observed [1-3]. Fluorine-containing substances have a substantial negative impact on the pharmaceutical industry's growth, therefore they account for more than half of the most popular medication molecules approved by the US Food and Drug Administration.
It is well acknowledged that the fluorine's electronegativity, size, electrostatic interactions, and lipophilicity have a substantial impact on the chemical reactivity, physico-chemical behaviour, and biological activity [4]. A recent research by Hagmann found that between 15 and 20 percent of all licenced medications that are released into the market each year include fluorine or functional groups that contain fluorine [5,6]. Recent discussions on fluorine's involvement in medicinal chemistry and drug development have been in-depth.

Herbal medicine is being used more frequently all over the world. Because they have less adverse effects, herbal remedies are favoured over synthetic ones. Additionally, phytochemicals have been shown to have a variety of biological activities, including antioxidant, anti-inflammatory, and antiallergenic effects, which can be used to treat skin conditions. Each plant has a unique bioactivity that is influenced by the chemical make-up and potency of its constituent parts. Some substances, like Zingiber officinale, alleviate skin inflammation by blocking NF-B. The squeezed extract of this increase TNF- in peritoneal cells in rats and mice, and its prolonged use can raise serum corticosterone levels, lowering pro-inflammatory indicators.

2020 will be regarded as the COVID-19 research year, according to the general public and the pharmaceutical industry environment. The US FDA licenced the second-most drugs in 2020, even though the medical community would consider 1996 and 2020 to be the years of COVID-19. 53 new drugs in total were approved throughout the course of these two years. Thirteen biologic drugs (biologics) and 53 novel chemical entities (NCEs) were approved in 2020. Ten monoclonal antibodies, two antibody-drug conjugates, three peptides, and two oligonucleotides were among the authorised medications. According to reports, the bulk of these FDA-approved substances are fluorine-substituted substances, which exhibit several pharmacological effects as a result of their greater electronegativity, size, electrostatic interactions, and other factors. The use of fluorine substitution to increase biological activity, chemical or metabolic activity, and chemical or metabolic stability has been extensively studied in the production of pharmaceuticals. Fluorine is currently used extensively in materials engineering items such heat transfer agents, melting metals, surfactants, dyes, acrylics, thermoplastics, membranes, and other things. Additionally employed as pharmaceuticals and agricultural chemicals are a number of physiologically active fluorine compounds. Any chemical procedure that adds a TFM group to an organic product is referred to as trifluoromethylation. The final step was purifying the product using flash chromatography and elution with hexanes/ethyl acetate as the solvent from the insoluble crude product. Fluorine-containing medications don't cause any further synthesis issues.

Herbs have a tremendous deal of potential for treating numerous skin issues. They are relatively inexpensive when compared to different allopathic medications and can be very helpful to many patients, especially the poor. Herbs are abundant in active chemicals and can be a less dangerous and expensive way to treat skin conditions ranging from rashes to skin cancer. There are solutions that have received FDA approval and contain natural ingredients like honey and biological cellulose that are very helpful in treating skin conditions. Such phytochemicals exhibit a variety of actions, including the suppression of several inflammatory mediators, including NF-, TNF-, IL-1, TXB2, and COX-2. The active sites of two of these drugs were studied using molecular modelling to clarify their method of action. Cyclamin saponin demonstrated a comparable and stable combination with both enzymes thanks to its aliphatic chains and structure rich in oxygen atoms. Granzyme B's C-docker interaction energy as represented by saponin was 28.10 Kcal/mol, whereas HLE's was 48.50 Kcal/mol. Similar to the complexed reference, saponin was attached to granzyme B by two H-bonds with Ser 100 and three H-bonds with Asn 101, Asp 176, and Thr 178. While it bound to the strategic binding site of HLE via two H-bonds with Ala 60 and two H-bonds with Asn 61 and Arg 63, two Pi-Pi-bonds with Leu 35, and van der Waals interaction with Arg 36, Gly 39, and His, it demonstrated van der Waals force attraction with Asn 93, Asn 95, Asn 98, and Ile 179. 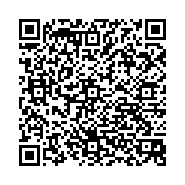