By using photoinitiated, radical-mediated hydrothiolation reactions, d-Arabinofuranosyl-pyrimidine and -purine nucleoside analogues with alkylthio-, acetylthio-, or 1-thiosugar substituents at the C2' position were made from the corresponding 3',5'-O-silylene acetal-protected nucleoside 2'-exomethylene High d-arabino selectivity was achieved despite the stereochemical outcome of the hydrothiolation being dependent on the structure of both the thiol and the furanoside aglycone. On tumorous SCC (mouse squamous cell) and immortalised control HaCaT (human keratinocyte) cell lines, the cytotoxic effect of the arabinonucleosides was investigated using the MTT assay. At low micromolar doses, three pyrimidine nucleosides with C2'-butylsulfanylmethyl or -acetylthiomethyl groups shown potential cytotoxicity with strong selectivity for tumour cells. By using near-infrared live cell imaging, the effects of the three most active nucleoside analogues on cytotoxic parameters like cell size, division time, and generation time were examined. This revealed that the 2'-acetylthiomethyluridine derivative caused the most significant functional and morphological changes. With low micromolar EC50 values, certain nucleoside analogues also exhibited anti-SARS-CoV-2 and/or anti-HCoV-229E activity; however, the cytotoxic effects of the antiviral activity were always present.
The term "chalcone" refers to a group of ketones (flavonoids) that have two aromatic rings, namely rings A and B, and a three-carbon,,-unsaturated carbonyl group linked to them (Figure 1). This article uses the chalcone numbering scheme depicted in Figure 1 throughout. Chalcone also goes by the chemical names benzyl acetophenone and benzylideneacetophenone. As precursors to the biosynthesis of flavonoids and isoflavonoids as well as intermediates in the synthesis of heterocyclic compounds with biologically intriguing properties like pyrazolines, isoxazoles, cyanopyridines, and pyrimidines, they are produced by a few plant species, including Angelica, Glycyrrhiza, Humulus, and Scutellaria [1-6]. 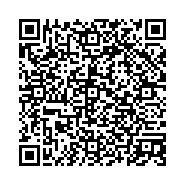