Drug hypersensitivity reactions (DHRs), which can be immunologically or non-immunologically mediated, are examples of adverse drug reactions. The high percentage of DHRs that are unsubstantiated and/or self-reported is a common issue in daily clinical practise, having a significant impact on prescription decisions and patient health in the future. In order to confirm or rule out the suspected medication and avoid life-threatening responses as well as the frequent overdiagnosis of DHRs, it is crucial to differentiate between hypersensitivity and non-hypersensitivity reactions by using a structured diagnostic method. 10–20 percent of hospitalised patients and more than 7 percent of the general population experience adverse drug reactions (ADRs).

Data on the prevalence and incidence of drug hypersensitivity responses (DHRs) are scarce, particularly among children, and they differ globally. The majority of adverse medication reactions (35%) are cutaneous, and between 2 and 6.7 percent of cutaneous reactions might progress to serious clinical syndromes that may be fatal. Maculopapular rashes and urticaria/angioedema are the most frequent cutaneous reactions in youngsters, but eczema is uncommon. When first-generation cephalosporins are administered to young children, serum sickness-like reactions (SSLRs) are more common. Although they may account for up to 10% of the patients investigated for suspected DHRs, severe cutaneous adverse reactions (SCARs), such as erythema multiforme major (EMM), Stevens-Johnson syndrome (SJS), acute generalized exanthematic pustulosis (AGEP), toxic epidermal necrolysis (TEN), and drug-induced reaction/rash with eosinophilia and systemic symptoms (DRESS), are uncommon [1-3].

There are two types of DHR phenotypes: immediate and nonimmediate/delayed reactions. Direct mast cell activation or IgE-mediated hypersensitivity are common causes of immediate reactions, which usually happen within an hour after the last medication administration. Delayed reactions start to develop one hour after drug administration and can be caused by the synthesis of IgG specific to the antigen, complement activation, or a T-cell response. Accelerate reactions can be both IgE-mediated and T-lymphocyte-mediated, and they take place between one and six hours following the last drug ingestion.

Between accelerated and delayed reactions, there is overlap. The majority of drug-induced reactions are exanthematous drug eruptions, commonly referred to as maculopapular or morbilliform drug eruptions. This kind of reaction, which is delayed, typically appears 1 to 2 weeks after the start of the treatment but may also occur up to 1 week after stopping it. It usually goes away 1 to 2 weeks after withdrawal. Sometimes the reaction grows worse after stopping the medicine before becoming better. When exposed again, the eruption typically flares up again within 1 to 3 days. Usually starting on the trunk or intertriginous areas, the pruritic eruption extends symmetrically to the limbs and neck. Mucous membranes, hands, and feet are typically unaffected. The distribution is typically bilateral and symmetrical. The rash can range from tiny erythematous (measles-like) lesions to >4 mm oval or round lesions without blisters or pustules. The lesion remains one colour throughout, with brilliant red borders.

New lesions may develop and existing lesions may enlarge as the rash worsens. Type 1 IgE-mediated reactions include urticaria, angioedema, and anaphylaxis can occur together or separately. IgE binding to a medication causes the release of inflammatory mediators, which causes these reactions. Within minutes to hours of exposure to the harmful chemical, symptoms start to appear. Histamine is released directly as a result of the nonimmunologic anaphylactic reaction (see discussion in Nonimmune-Related Drug Reactions section). Hives, also known as urticaria, are a rash made up of itchy, pruritic wheals. Angioedema is the term for dermal tissue swelling, especially in the face and airways. Anaphylaxis is a potentially fatal reaction that happens minutes after being exposed to the sensitising agent; it frequently co-occurs with urticaria and angioedema; it is characterised by respiratory distress brought on by airways swelling and closing; it may be followed by a sharp drop in blood pressure; and it may result in shock.

Distress in the digestive system is also possible. This type of immunological response is almost always caused by medications. Clinical presentation may be used to categorise the phenotypes of DHRs. The most frequent sign of a medication allergy is a rash, which can be clinically divided into two categories: mild cutaneous allergic responses (MCAR) and severe cutaneous adverse reactions (SCARs). Antibiotics, allopurinol, NSAIDs, and aromatic anti-epileptic medicines are among the major culprit medications that cause SCARs [4,5]. 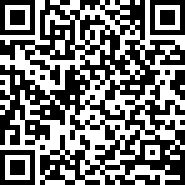