DRUG SYNERGISM: ITS DETECTION AND APPLICATIONS

An interaction between two or more medications that causes the drugs' combined impact to be larger than the sum of their separate effects. When the combined impact of two or more medications is larger than the total of the effects seen when each drug is administered alone, it is referred to as a drug interaction. It is possible for a synergistic impact to be useful or destructive. The principle of synergy states that when system components interact together, the output is higher than the sum of their individual attributes.

Synergy is defined as the cooperation, collaboration, or combined influence of system parts (components). Synergistic interaction occurs when the combined impact of two substances is larger than the sum of their individual effects at the same dose. Pesticides and fertilizers are two examples. This is due to the fact that the second chemical promotes the excretion of the first or even prevents its poisonous effects directly.

When two medications with visibly comparable effects are taken together, the effects might be enhanced or decreased. To separate these circumstances from simple additive action, a quantitative assessment is required. This distinction is based on the traditional pharmacologic concept of additivity, which simply states that each element contributes to the impact in proportion to its potency.

As a result of the relative potency of the agents, which is not always constant at all effect levels, a computation utilising dose pairs may be used to calculate the equivalent of either agent and the effect by using the equivalent in the reference compound's dose-response relationship. The computation is facilitated by a commonly used graph (isobologram), which gives a visual representation of the interaction but also necessitates separate statistical analysis.

Calculations that employ the total dosage in a fixed-ratio combination with the predicted additive total dose for the same effect can achieve the latter. Separate procedures can be utilised, and each is suitable to investigations involving the administration of a single medication at two different locations. When deviations from additivity are discovered, whether in "two-drug" or "two-site" trials, the knowledge can be used to design future tests to reveal processes. This use is illustrated by a number of instances, the most of which come from analgesic medication research. Even when a single medication (or site) is utilised, it is introduced into the system and may come into touch with a variety of substances already present, highlighting the significance of this issue in other fields of biological research. 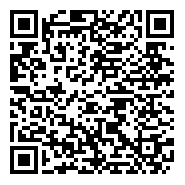