The emergence of antibiotic-resistant bacteria, superbugs, is a rising issue. They are blamed each year for around 700,000 casualties globally, and according to a U.K. In the government study, this figure will rise dramatically—up to 10 million by 2050. Bacteria grow and develop resistant to antibiotics that have historically been successfully used, and eventually become obsolete with time. Irresponsible prescription of antibiotics for the care of basic patient cases and intensive usage of antibiotics in livestock production jeopardize the situation by accelerating the pace of bacterial mutants, making them immune to alarmingly fast medicines.

In the other hand, the discovery of antibiotics has become an unattractive field for pharmaceutical science relative to the production of more 'economically competitive' medicines. This is undoubtedly the biggest factor for the drying up of the pipeline of new types of antibiotics, with the newest being launched more than 30 years ago.

Notably, the discovery of Teixobactin and its analogs in 2015 by a group of researchers led by Dr. Kim Lewis, Director of the Antimicrobial Discovery Center at Northeastern University, is one of the most promising recent breakthroughs in the antibiotic space. It is assumed that this strong new class of antibiotics would be able to survive the production of bacterial resistance against it. A synthesized version of teixobactin was successfully developed by researchers from the University of Lincoln last year, taking a significant move forward.

Researchers at the Singapore Eye Research Institute have now shown that the synthetic form of the drug can effectively treat Staphylococcus aureus keratitis in live mouse models; it was only seen in vitro before the action of teixobactin. With these recent results, it will take another 6-10 years of research for teixobactin to become a medicine that physicians will use.

In early 2018, another new class of antibiotics called malacidins has been revealed following the discovery of teixobactin in 2015. This discovery is only at an early stage and not almost as mature as the new study on teixobactin. 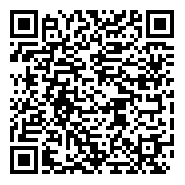