Tetraspanins are a well-conserved superfamily of four-span small membrane proteins (TM4SF) with over 30 members in humans that play critical roles in a variety of cell biology pathways. Tetraspanins also form a network of contacts with either particular partner proteins or another tetraspanin, resulting in cell and membrane compartmentalization and a function in cellular development, proliferation, activation, motility, and membrane fusions. Tetraspanins are thus regarded as cellular signalling regulators and are frequently described as 'molecular facilitators.' Given their numerous physiological activities, these compounds are expected to have a role in disease processes.

Tetraspanins are a type of molecular scaffold that organises proteins into microdomains with adhesion, signalling, and adaptor proteins. Many studies have shown distinct downstream biological effects of interactions between tetraspanins and signalling molecules. We will look at these relationships as well as the particular cellular responses to signal activation in this review, with an emphasis on tetraspanin control of adhesion-mediated (integrins/FAK), receptormediated (EGFR, TNF-, c-Met, c-Kit), and intracellular signalling (PKC, PI4K, -catenin) signalling. We will also review our current knowledge of how tetraspanin post-translational changes (palmitoylation, N-linked glycosylation, and ubiquitination) affect signal propagation. Many of the research discussed in this review imply that tetraspanins might be used as a therapeutic target to modify abnormal signal transduction pathways that have a direct influence on a variety of cellular behaviours and diseases. Tetraspanins are present in cardiac muscle, smooth muscle, endothelium, epithelial cells, and lymphocytes, among other tissues. Tetraspanins govern a wide range of biological activities, including differentiation, motility, cell– cell adhesion, proliferation, tumour invasion, and metastasis.

Tetraspanins are membrane proteins that control cell motility, morphology, signalling, plasma membrane dynamics, and protein trafficking. Tetraspanins are named for their four transmembrane domains, which are interspersed with short intracellular and extracellular loops that serve as protein binding sites. Tetraspanins have the ability to bind with integrin receptors,allowing for the coordination of numerous distinct ECM receptors. Tetraspanin 7 (TSPAN7) modulates intracellular signalling pathways to phosphoinositide 4-kin via interacting with the extracellular head domain of integrin-3. TSPAN7 is abundant in cortical and hippocampal neurons, and TSPAN7 mRNA is substantially increased after kainic acid therapy. TSPAN7 has been linked to neuronal activity responses. TSPAN7 is also required for the integrity of dendritic spines and synaptic transmission.

Between species, tetraspanins are largely conserved. N-linked glycosylations on the long extracellular loop (LEL, EC2) and palmitoylations at a CXXC motif can be found on several tetraspanins. In animals, there are 34 tetraspanins, 33 of which have been found in humans. Tetraspanins have a variety of features that show their physiological significance in cell adhesion, motility, activation, and proliferation, as well as their role in pathological circumstances such metastasis and viral infection. The bleeding phenotypes of CD151- and TSSC6-deficient animals, which have poor "outside-in" signalling through IIb3, the primary platelet integrin, suggest a function for tetraspanins in platelets. Tetraspanins are thought to interact with and regulate other platelet receptors. 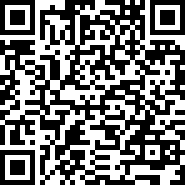