Resveratrol, a polyphenolic phytoalexin, has a number of bioactivities linked to improved health. Resveratrol, like other human dietary sources such as peanuts, peanut butter, grapes, and red wine, is easily absorbed. Resveratrol's polyphenolic structure confers antioxidant action and may help to prevent oxidant-induced apoptosis and LDL oxidation. Resveratrol's cardioprotective properties are linked to the prevention of platelet aggregation and LDL oxidation, as well as the stimulation of arterial vasorelaxation.

Resveratrol has been demonstrated to suppress tumour start, development, and advancement, as well as the proliferation of malignant cells, by enhanced apoptosis and/or cell cycle obstruction, as a chemopreventive drug. Many chronic illnesses, including heart disease and diabetes, have been linked to inflammatory processes. Resveratrol's estrogenic action may also aid in the prevention of postmenopausal osteophoresis. The existing preclinical investigations of resveratrol are discussed in this review, which suggests possible health advantages.

• Resveratrol is an antioxidant that is found in plants. Red wine, grapes, certain berries, and peanuts are among the best dietary sources. The skins and seeds of grapes and berries contain the highest concentration of this chemical.

• After much dispute, Harvard Medical School researchers claim to have established that the anti-aging component resveratrol contained in red wine is effective.

• Long-term resveratrol therapy appears to stop, or at least decrease, the progression of Alzheimer's disease in those with mild to severe Alzheimer's, according to the researchers. Asdementia progresses, a protein termed amyloid-beta40 (Abeta40) is known to decrease.

• The neuroprotective effects of resveratrol may be shown in the prevention of -amyloid formation and aggregation, as well as the instability of fibrils. Resveratrol also lowers A secretion from many cell lines and reduces accumulation in cell cultures.

• Resveratrol, a potent antioxidant derived from grapes and olives, is a superhero retinol substitute that protects our cells from UV-mediated damage and thereby reduces the risk of skin cancer and ageing. • Although resveratrol has a low bioavailability and undergoes substantial processing in the gut and liver after oral treatment, multiple animal experiments have indicated that it can penetrate the Blood Brain Barrier (BBB).

• When taken by mouth at amounts of up to 1500 mg daily for up to three months, resveratrol supplements are likely safe. Higher dosages of up to 2000-3000 mg per day have been used for 2-6 months with no side effects. These greater dosages, on the other hand, are more likely to produce gastrointestinal trouble. 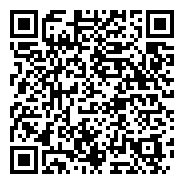