Datura metel, also known as Indian Thornapple, Hindu Datura,[3] or Metel in Europe and Devil's Trumpet or Angel's Trumpet in the United States, is a shrub-like annual (zones 5-7) or short-lived, shrubby perennial (zones 8-10). Datura metel has been naturalised in all of the world's warmer climates, most notably in India. The plant is grown all over the world as a decorative and for its therapeutic benefits, which are attributable to tropane alkaloid concentration (like in all Datura species). Carl Linnaeus described Datura metel in 1753, although there were few botanically precise drawings until after the New World was founded.

Datura is a blooming plant with stunning pastel trumpet-shaped blooms that is commonly used in attractive gardens. Datura is a genus that has between nine and twelve species. It has been used in religious and cultural ceremonies for thousands of years, notably in traditional Chinese medicine, as a member of the nightshade family. In tropical and temperate regions, the plants reach a height of around three feet. Datura seeds grow inside a spine-covered capsule that breaks apart and disperses the seeds onto the ground as it ripens.

Datura, also known as Jimson Weed, moonflower, devil's weed, or thorn apple, is a deadly herb that is regrettably frequently misused in recreational use because it causes long-lasting hallucinations and drunkenness. Datura can be consumed, smoked, or applied on the skin as a lotion. Unfortunately, many individuals die from Datura overdoses since it's so easy to overdose on the substance. A deadly dose of Datura can be as small as 15 grammes, or between 15 and 25 seeds. The body's adverse effects might continue for a long time after the "high" has worn off.

Toxicity.... When a little amount of Datura metel is consumed, it can cause flushed skin, headaches, hallucinations, and potentially convulsions or even a coma. Tropane alkaloids are the most poisonous elements. Even ingesting a single leaf might cause serious negative effects. When eaten by mouth, Datura wrightii is very likely unsafe. It includes potentially hazardous substances. Dry mouth, dilated pupils, impaired vision, difficulty breathing, hallucinations, panic, and death are all possible side effects.

It's also known as a “road side poison” since it's used for crimes like robbery, theft, kidnapping, and rape on the side of the road after stupefying the victim. Datura fruits contain 300-500 yellowish brown seeds per fruit; nevertheless, all parts of the plant are dangerous, with the seeds and fruits being the most deadly.

Datura can affect mood and emotional expression, as well as produce forgetfulness, disorientation, psychosis, and hallucinations. As the substance metabolises, a person who consumes too much Datura but not enough to overdose may suffer symptoms comparable to a hangover. With datura, the dosages that create perceptible effects and the ones that can kill are quite close. This makes it very easy to overdose on Datura stramonium. This can be deadly; it can produce fevers between 105 and 110 degrees Fahrenheit (40 and 43°Celsius), which can destroy brain cells and cause brain damage. 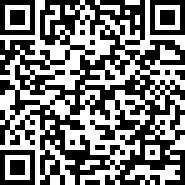