The pharmaceutical industry faces an enormous and growing issue called hepatotoxicity. To reduce expenses and increase patient safety, it is advantageous to identify issues early on in the drug discovery process. Be that as it may, current cell models are less than ideal. The possibility of making hepatic cell lineages from pluripotent stem cells is the subject of this review. It starts by pointing out how big a problem the pharmaceutical industry has, what exactly causes drug-induced liver damage, and where additional cell models are needed in the drug discovery process. Ebb and flow research is examined, primarily for creating hepatocyte-like cells as opposed to other liver cell-types. In addition, efforts are made to pinpoint some of the major roadblocks that still stand in the way of turning hypothesis-driven laboratory research into useful pharmaceutical platform technologies. The clinical application of PSC (human pluripotent stem cell) research to patient cell therapy has appropriately captured the public's imagination for major advancements in healthcare in the 21st century. The utilization of differentiated "non-clinical grade" cells for the purpose of screening the toxicity of putative new drugs in pharmaceutical development is an alternative but equally significant opportunity for clinical benefit. In this survey, we address the utilization of PSCs in pre-clinical hepatotoxicity screening. Human embryonic stem cells (ESCs) that have been differentiated into hepatocytes are currently used in the majority of research in this field; however, induced (i) PSCs may eventually take their place. As recently described for the pancreatic beta cell, previous reviews of the relative advantages of various differentiation protocols have been the focus of stem cell journal articles. Here, we update around here, yet in addition center around the point of view of the drug business and their necessities for a pre-clinical model of harmfulness testing. During the drug discovery process, screening new chemical entities (NCEs) takes into account a lot more than just whether we can produce the ideal hepatocyte in the laboratory. It should not be understated how beneficial it could be to apply human PSC research to the hepatotoxicity screening of NCEs [1,2].

Post-licensing, unexpected toxicity and adverse drug events are the most common causes of compound attrition and product withdrawal. Toxicity and clinical safety issues account for up to 30% of compound failures. In a progression of high-profile situations where endorsed drugs have been removed from the market, half were because of medication related hepatotoxicity. A recent study found that adverse drug reactions (ADRs) were the cause of 6.2% of all hospital admissions in the UK. With a 0.15 percent mortality rate and high economic costs associated with hospitalization, ADRs can be considered a significant public health burden. One of the most well-known reasons for harmfulness actuated ADRs is drug-prompted liver injury (DILI), be that as it may, the fundamental components of tissue harm are mind boggling, complex, deficiently comprehended and not completely agreeable to testing in cell culture frameworks. Reactive metabolites of many drugs can covalently bind to cellular macromolecules and start and spread liver damage. DILI that occurs directly in human hepatocytes through organelle dysfunction, such as mitochondrial or endoplasmic reticular (ER) dysfunction, is easier to test in cell culture systems. Pharmaceuticals can cause serious liver damage by disrupting mitochondrial energy production and/or the release of pro-apoptotic proteins into the cytoplasm. This can lead to cytolytic hepatitis and hepatocyte necrosis or apoptosis. Mitochondrial dysfunction is an important mechanism. Alternately, mitochondrial dysfunction can result in steatosis, steatohepatitis, and eventually cirrhosis. Drug exposure may cause redox perturbation, which may result in ER stress. Overload or misfolding of proteins can also cause ER dysfunction and apoptosis. The hepatocyte's last line of defense is the "suicide" option of apoptosis. Before this, the hepatocyte's dynamic, complex phenotype in response to chemical stress can be reinforced by complex adaptations. Together, these numerous risks posed by NCEs call for highly accurate and predictive toxicity screening models [3,4].

The specific features of these models, such as the possibility of using human PSCs, must also be tailored to the application's timing in the drug discovery process. The identification of hit compounds based on, among other criteria, assay performance, analyses of structure-activity relationships, and potency and dose response effects was traditionally thought to be the bottleneck in the discovery process. However, attrition rates have not decreased as in silico technologies for high-throughput screening have improved, indicating that lead optimization is now the bottleneck. By altering the chemical structure of a compound and taking into account its absorption, distribution, metabolism, and elimination properties, lead optimization aims to improve the properties of a compound as a candidate drug (or, potentially, develop a pro-drug that would only be converted to its active form after administration). Importantly, lead optimization also includes testing to determine toxicity. In the drug development process, animal studies, both in vitro and in vivo, are a useful tool. Several species, including rodents, dogs, and monkeys, are frequently used to test the potential toxicity of NCEs before the first dose is given to humans. However, extrapolation to humans from such models must be done with caution due to species-specific differences in the activities of orthologous drug metabolizing enzymes, which may produce hepatotoxic metabolites in a species-specific manner [5,6]. 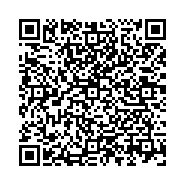